Last Sunday I had a practice day to get ready for the upcoming 3-Gun Nation Pro Series qualifier match. (Because I sucked juuuuuussstttt enough last year that I missed the cut and have to requalify. But that’s beside the point.) It was a rough day. I shot a match the day before and spent the night in a hotel next to some very…ahem, noisy…neighbors, so I started the day pretty much physically exhausted and just plain angry that I couldn’t sleep and had to listen to their ruckus all night long.

But I pulled it together. Thanks to the graces of hot tea, bacon, and a very patient boyfriend, I got my head in the right place and we got to practicing.

I practiced shooting my shotgun on the move, shotgun reloading, transitions between guns, and just plain fast pistol shooting. The sun came out, there was a nice breeze, and I was in my happy place, because I was caffeinated and I was shooting AWESOME!

Then, my rifle died on me. Well, not my rifle because my SCAR always runs…but some of the modifications I had done to it caused some pretty catastrophic failures. My day that started out rough, but I had mentally managed to salvage, was suddenly all shot to pieces (pun intended).

So I took a breath — or maybe 7 — and got out my tools. I knew I could fix it by just switching things back to the way they were before. Half an hour later, things were back to functional. Everything, that is, except my attitude. That was still down the tubes.

Everyone who’s a fan of country music has at some point in their life heard Kenny Rogers’ famous song The Gambler. As the song goes, this young guy who’s down on his luck winds up next to an experienced old gambler on a night train to somewhere. After staring out the window, they start to talk to each other out of sheer boredom. The Gambler shares some pretty sage advice with the young guy:

The Gambler then dies in his sleep on the train, which makes the song kinda creepy, but the old man’s dying advice is still sound! Part of life is knowing when to cut your losses and walk away.

KNOWING WHEN TO QUIT

I put my rifle back together and got back to shooting. But I was shooting angry. I couldn’t find the plate rack, even though it was only 50 yards away. I couldn’t get smooth splits between my shots on close targets. Nothing felt right. So after burning through a couple of magazines, I tossed my rifle in the truck, and we packed up and went home.

Like the Gambler said, you gotta know when to fold ’em. In that moment, physically and mentally spent, I knew it was time to walk away. I’m not advocating quitting as a matter of practice; I don’t think you should ever quit on something that you’ve made a goal. What I am advocating, however, is understanding yourself well enough to know when you can push through some frustrations, or when it’s best to reattack on another day.

Here are a few suggestions of when I think it’s best to step aside for now and readdress the issue later:

Do you need to take a break from something right now? How can you regain your joy? Maybe not; maybe you’ve been dealt a great hand and it’s time to hold ’em. Just make sure you know when to fold ’em. 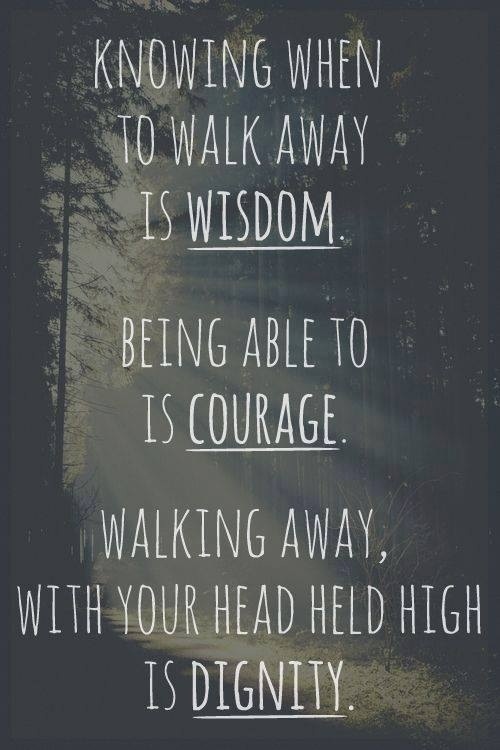 4 thoughts on “Know When to Fold ‘Em”